crochet, a life metaphor or both? 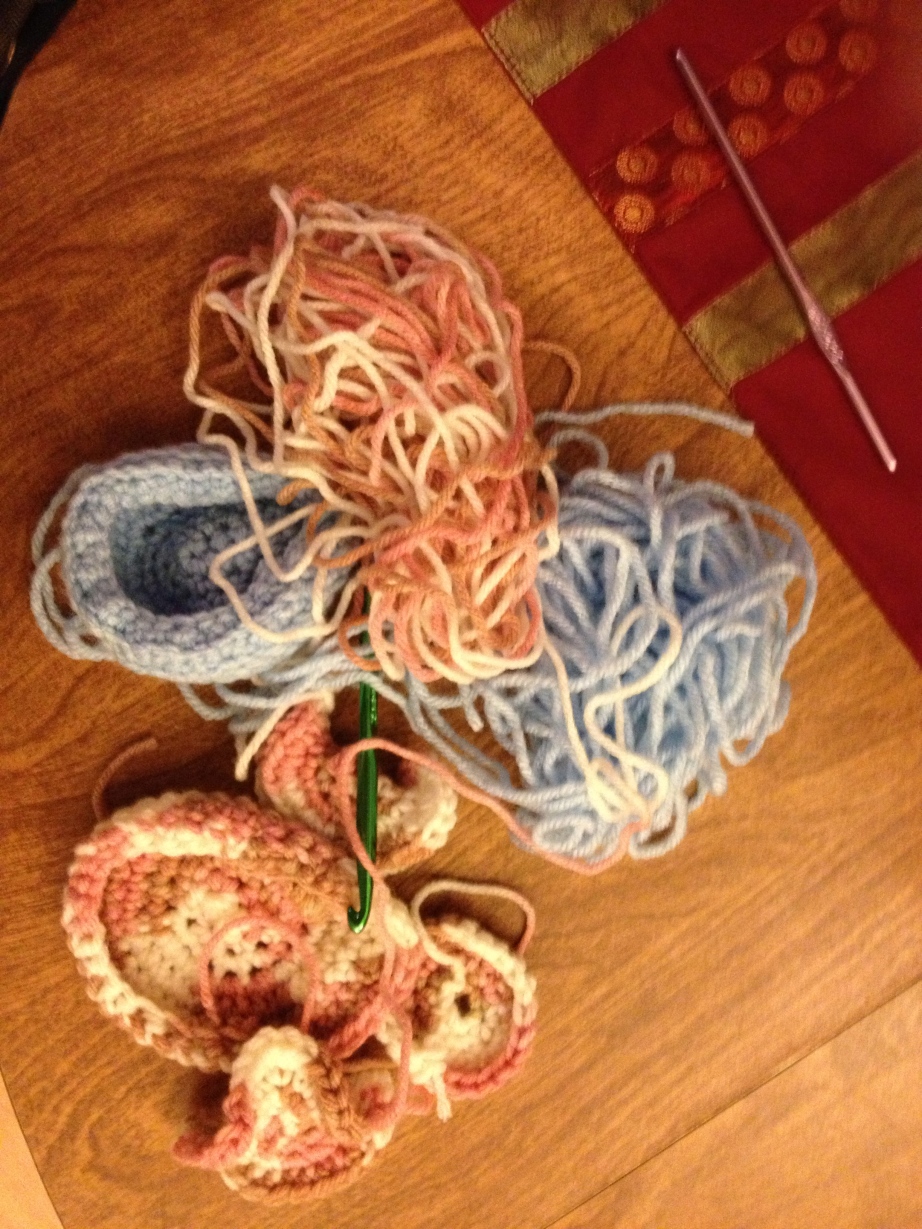 I recently decided to take up crocheting after years of shying away from it.  In undergrad, the only class I ever failed (as in an actual F) was textiles.  This is pretty ironic considering a large portion of my practice now is all textiles.  For some reason back then, I could never get the hang of knitting or crocheting.  Even the basics went right over my head.  The hours I spent with the teacher and working outside of class on my own time was not nearly enough time to get me to the point where I could master either one of those skills.  Of course, moving onto a loom was no better.  Ever since then, I assumed those arts weren’t for me.

Despite all that, I have somehow been swooned back.  I saw a book that had a cover filled with small cute crocheted toys.  It was designed as a beginner crocheters book for kids to learn and have fun.  Let’s just say, fun is not even on my top 100 words I would use to describe my experience with this book.  The above photo is the edited down version of the many times I have had to start and start over.  Somewhere in the middle of the night last night, I started wondering if my persistence was purely about crocheting.  Crocheting reminds me of the way I’ve had to encounter learning experiences in my life.  I had the childhood of “self taught”.  I grew up thinking I had to know how to do something before I did it.  What I realized this week was that I was really approaching new situations and figuring out how to do them, almost always without assistance.  I never really knew it was wrong or right until I got too far into the process.  Kind of looks like my crocheting picture, right?  I finally could see that I couldn’t expect myself to know how to do something if I was never taught.  What I really needed back in undergrad was a visual.  I needed to have more than just the basic stitches under my belt, because as soon as I opened the book or saw the directions, there was often a combination of stitches and I was instantly overwhelmed.  And seeking help seemed like a failure in some way.  It wasn’t so much pride as it was fear of being punished for having to ask, rather than know.  Luckily, in the case of both crocheting and life, I don’t have to avoid asking questions.  For crocheting, Google has been by best source, followed by YouTube videos so I could watch someone experienced do what I was attempting to learn.  And as for life? It really isn’t a pride thing.  It’s more of a “how am I going to allow myself to be okay with making mistakes” kind of thing. Can I ask for help without beating up on myself?  Can I admit to all my readers that my dirty little secret was being born without knowing how to do everything? Oh wait, I think I just did…!!!

With that, I will leave you with a quote from Joseph Goldstein- “We don’t have to let go, we simply have to not hold on”.

So the next time you pick up a new hobby, like crocheting, ask yourself, “Is this crochet, a life metaphor, or both?”